The Blockchain Game Alliance is happy to invite you to participate to our online conference Creativity in Blockchain Games: Art and Narratives happening on June 11th, 2020. This event will be led by 100% women speakers!

This event aims to show Blockchain Gaming, NFTs, and Digital Art (a world widely believed as mostly dominated by men) as an inclusive industry where women can be empowered through entrepreneurship and true ownership.

According to Gary Whitta, screenwriter and game designer, a “story is just as important as graphics when it comes to the next generation of games” but, is that so? Blockchain technology empowered players to own and trade rare assets in the gaming world — but how does that affect the game’s plot?

Playing games can be as exciting as going on a journey where we enter multiple realities and become part of it. We end up developing a sense of curiosity and attachment which makes us relate and immerse in a virtual world even more than IRL. Powerful narratives have the capacity of capturing our attention and we feel the need of keep playing to become part of the story. But, does this formula work in every game?

Whether we choose to enter a scripted world or we have the ability of shaping it alongside other players, it’s our choice. Blockchain games add an extra reward to the traditional story line which translates in the influence players have on assets, levels and value. In this new gaming world narratives don’t to follow a known pattern, instead they give space to endless possibilities, or is this just an illusion?

ACCESS TO THE STREAM (June 11th at 5PM CEST)

Our speakers for June 11th Event

Hear from Luna Javier, creative director and co-founder of Altitude Games, Judy Mam co-founder of DADA.art, Marguerite deCourcelle founder of Blockade Games, and Jiashan Wu, Designer at Ethernal game talking about how blockchain games are shaping narrative’s structures and creating a new economy around the trading of art assets. 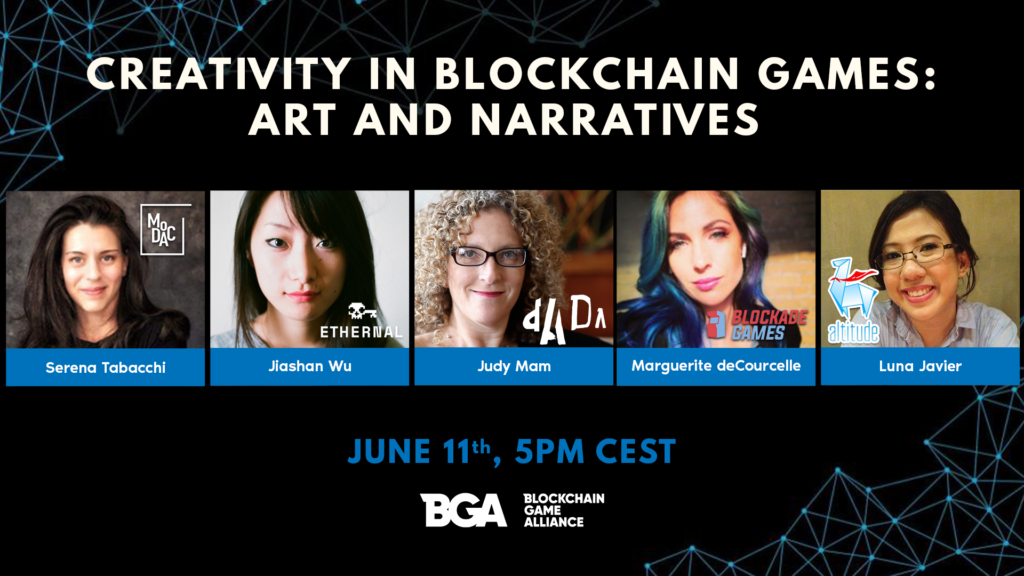 In cased you missed it…

More Speakers throughout the Events

A fantastic line up of speakers will participate throughout this series of events. 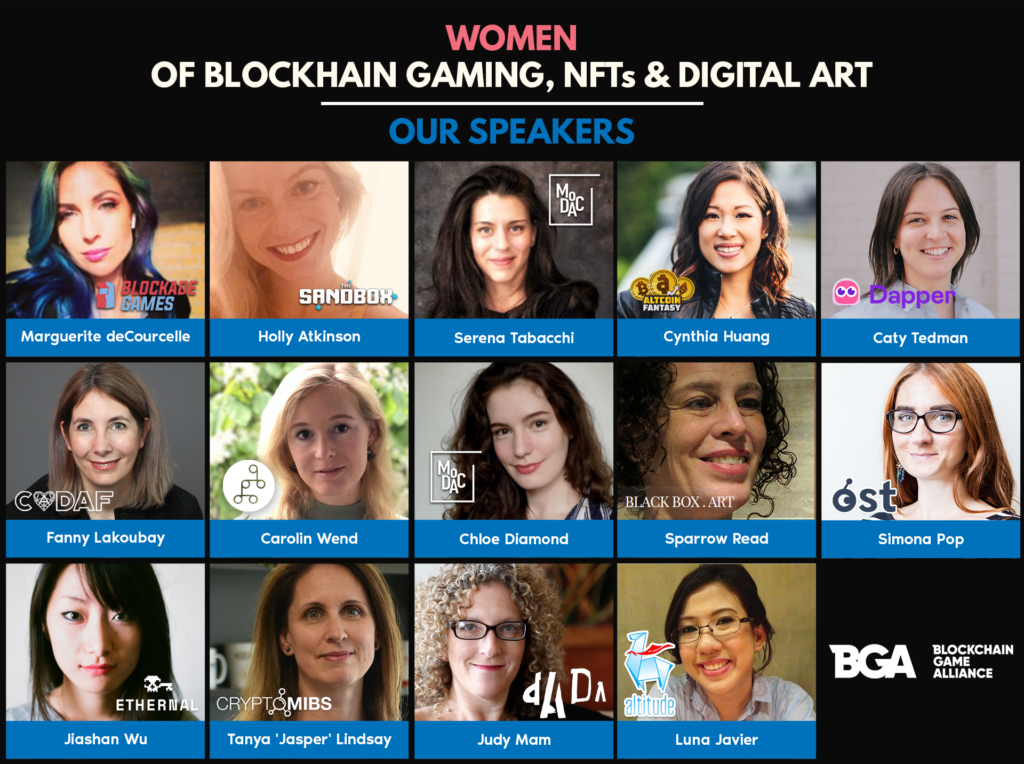 Watch out for the 3rd installment of this series 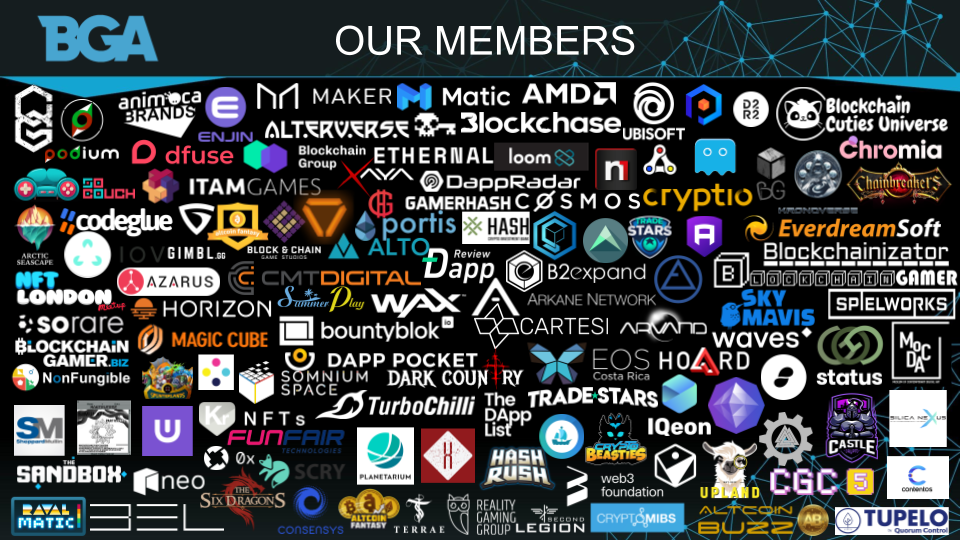